Get to Know our Oklahoma City Team 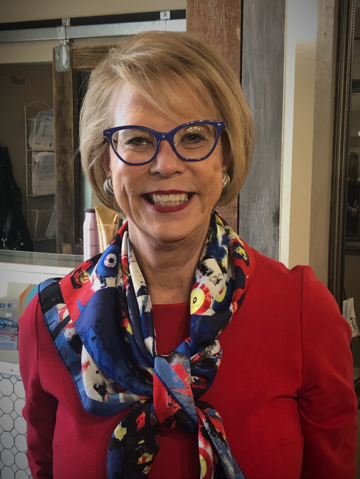 Serial entrepreneur Dr. Terry Neese is a lifelong Oklahoman and has spent over 30 years finding careers for men and women. She is the founder of Terry Neese Personnel Services (TNPS), National Grassroots Network, Women Impacting Public Policy and the Institute for Economic Empowerment of Women (IEEW). Terry’s daughter, Kim Neese, is now the President/Owner of Neese Personnel.

IEEW operates the PEACE THROUGH BUSINESS® program which educates and empowers women entrepreneurs in developing countries to achieve their dream of financial independence, community involvement, and political activism. Since its creation in 2006, the program has educated just over 700 women entrepreneurs in Afghanistan and Rwanda, who have in turn employed over 13,000 of their countrymen and women.

A member of the U.S.-Afghan Women’s Council, and past national president of the National Association of Women Business Owners (NAWBO), Dr. Neese is known as a small business expert and was recognized by Fortune magazine as one of the “Power 30”—the most influential small businesspersons in Washington, D.C. She has been featured throughout several media outlets including MSNBC, FOX News, CNN, SBTV, the Wall Street Journal, the Washington Examiner, the Washington Times and The Washington Post.

Terry is an inductee into the National and Oklahoma Women’s Hall of Fame; her involvement with women business owners and family issues is well documented through her participation with Women Impacting Public Policy and the National Center for Policy Analysis.

A successful businesswoman, Dr. Neese made history in 1990 when she became the first woman nominated by a major political party for the seat of Lt. Governor of Oklahoma. She was named an Outstanding Business Leader by the Northwood University Board of Trustees in 2006 and received an honorary Doctor of Laws degree from the university in 2008. In 2013 she received the Enterprising Women Legacy Award, the National Women Business Owners Corporation Leadership Award, and the Journal Record’s “Oklahoma’s Most Admired CEO.” In 2014, Dr. Neese was only the second woman to be honored with the Oklahoma Sister Cities Global Vision award. Other notable accolades include NAWBO’s Lifetime Achievement Award. In 2018, Dr. Neese was honored as one of 100 Oklahoma Women Trailblazers, by the League of Women Voters of Oklahoma, in commemoration of the 100th Anniversary of Oklahoma women winning the right to vote.

Terry has been appointed to numerous councils and positions with nominations by prominent leaders, such as Presidents George H.W. Bush, Bill Clinton and George W. Bush. Current and previous roles include:

Terry is also a pilot and a former basketball phenom in Southwestern Oklahoma and Northern Texas. Daughter, Kim Neese, Neese Personnel, is the proud mom of Emily and Erin. They reside in Oklahoma City, Oklahoma.

Anna comes to the Institute for Economic Empowerment of Women with 10+ years of international development experience focused on global non-profit and for-profit operations, programs, and communications. Anna’s work has spanned continents and sectors, with professional experience in girls’ empowerment, education, global health, safe water and refugees. Having spent the early years of her life in Nigeria, Anna knew from a young age that she wanted to pursue a globally-focused career that would benefit others. Through her extensive travels, she has become a seasoned cross-cultural communicator and collaborator with a desire to foster greater understanding and compassion across borders.

In this role, Anna will support the organization in the areas of general operations, strategic planning, program expansion, budgeting, and partnership development. Anna holds a Bachelor’s Degree in Business Management and Bachelor’s Degree in Economic Development from the Templeton Honors College at Eastern University and a Master’s Degree in Globalization and Development from the University of Manchester. She is also a graduate of Salt and Light Leadership Training’s Young Leaders Program and Leadership Oklahoma City’s LOYAL Program.

Anna lived all over the U.S. and world before moving to Oklahoma City six years ago. Her hobbies include international travel, photography, live music, reading, cooking, and hosting gatherings. She's a proud mom of her dog, Elliot Moses, and aunt of her niece, Praise Aspen. 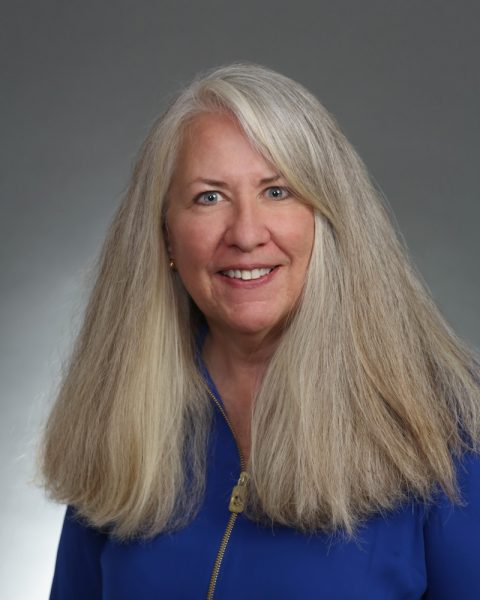 Teresa White brings over 20 years of international relief and development experience to the Institute for Economic Empowerment of Women; a quarter of those years were spent with the Bill & Melinda Gates Foundation as part of their Financial Services for the Poor initiative. She has enjoyed traveling to developing countries, seeing, experiencing and learning from the vast cultures that make up our world today. Having spent time in 14 countries in all corners of the globe, including Afghanistan, Kenya, and Ecuador, she hopes to grow that number in the upcoming years.

Teresa grew up on beautiful Whidbey Island in the state of Washington; however, she lived most of her life in and around the Seattle area. She moved to Oklahoma City in recent years to be closer to her mother and was excited to find an international non-profit where she can add value in her role as Executive Assistant to Dr. Terry Neese. 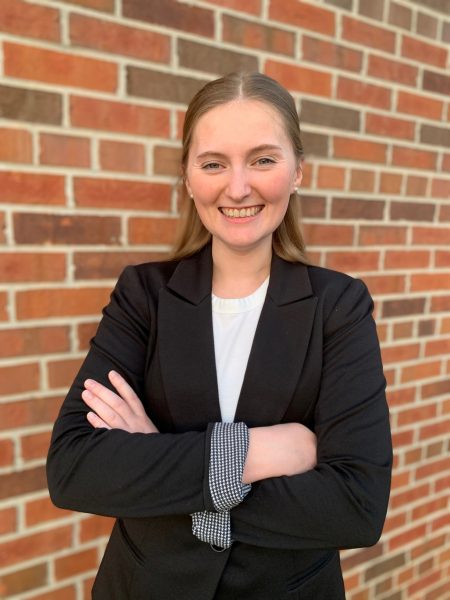 Melanie is a junior at the University of Oklahoma majoring in International Business and Entrepreneurship with a minor in Spanish. Originally from Omaha, Nebraska, she was born and bred a Sooner fan and has enjoyed her time in Norman. Melanie hopes to use her degree in the social entrepreneurship realm, specifically working with fair trade and how it can empower communities and individuals. She has a passion for women's empowerment and has volunteered with several programs that employ women and strengthen the rights of women. She continues to learn more about women's empowerment on the global scale and has gained valuable knowledge about the non-profit sector that can only be attained outside the classroom. She is excited to learn more and grow in her career journey.

Get to Know our Team in Afghanistan & Rwanda 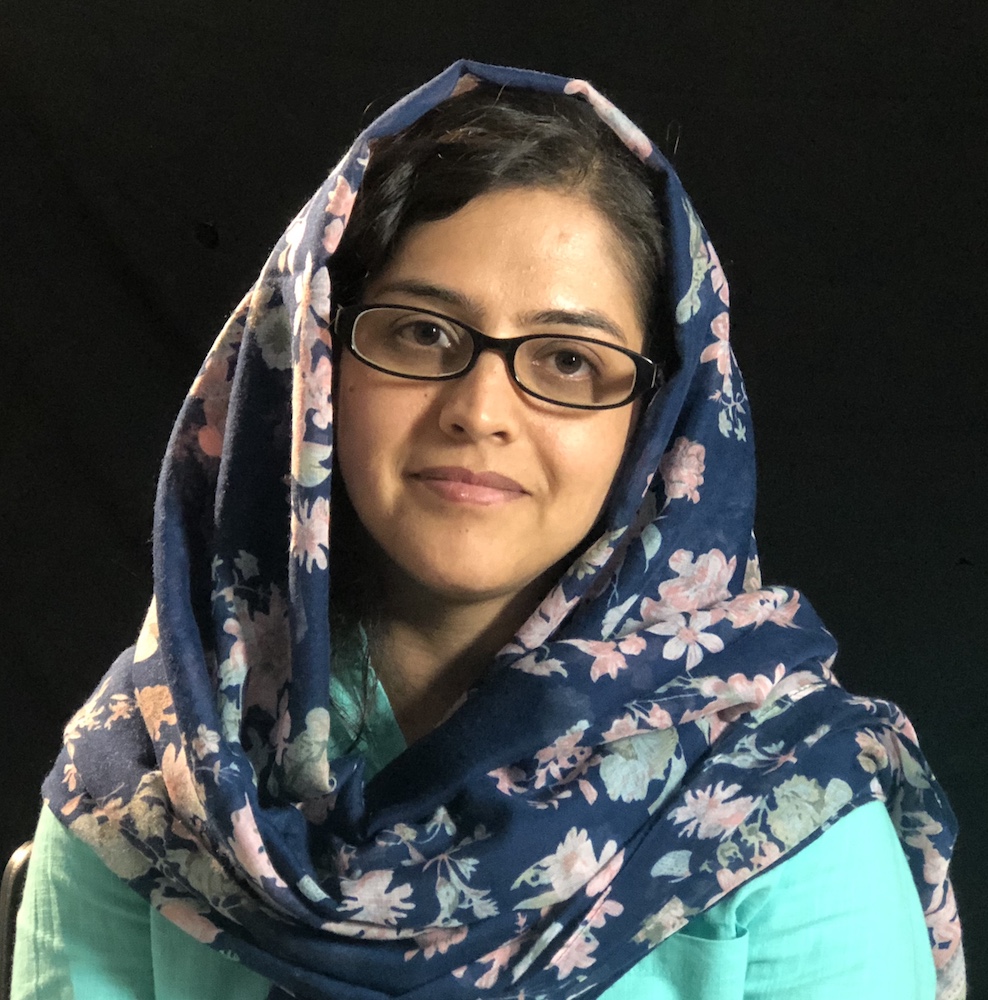 Manizha has 19 years of experience in development, 15 with a focus on women’s empowerment and gender equality working with international, government and non-governmental organizations. In addition to being a mother, an advocate, and an entrepreneur, she earned an MBA from the American University of Afghanistan in 2017. She co-founded several organizations to advocate for women's economic empowerment, including the PEACE THROUGH BUSINESS® Network and Leading Entrepreneurs for Afghanistan’s Development (LEAD), a predecessor organization to the Afghanistan Women Chamber of Commerce and Industry (AWCCI).  Her persistent and influential lobbying skills resulted in the transformation of LEAD into a women’s chamber of commerce, which garnered more attention and influence to businesswomen around the country. In just 1½ years of AWCCI’s life, several policy recommendations were incorporated and approved. Among them, a 5% preference clause in the national procurement procedure of the government and 15-25% of industrial parks to be allocated to small, medium and women-owned businesses in the national industrial park’s policy.

Manizha Wafeq graduated from the inaugural PEACE THROUGH BUSINESS® class in 2007 and is currently teaching her 14th year of PEACE THROUGH BUSINESS® training in Kabul as the Institute for Economic Empowerment of Women’s In-Country Facilitator for Afghanistan. In this role, she has taught and mentored more than 500 Afghan businesswomen from Kabul and over 17 provinces.

She is the Winner of several awards such as the Enterprising Women Award Global Award, Leadership Award from the National Business Association of the US, and Young Activist Award from the Afghan Women's Network and the Afghan Lower House of the Parliament.

Manizha has stablished gender units within the Ministry of Commerce and Industry and trained their staff. She trained more than 500 government employees on gender concepts in Kabul and other provinces. 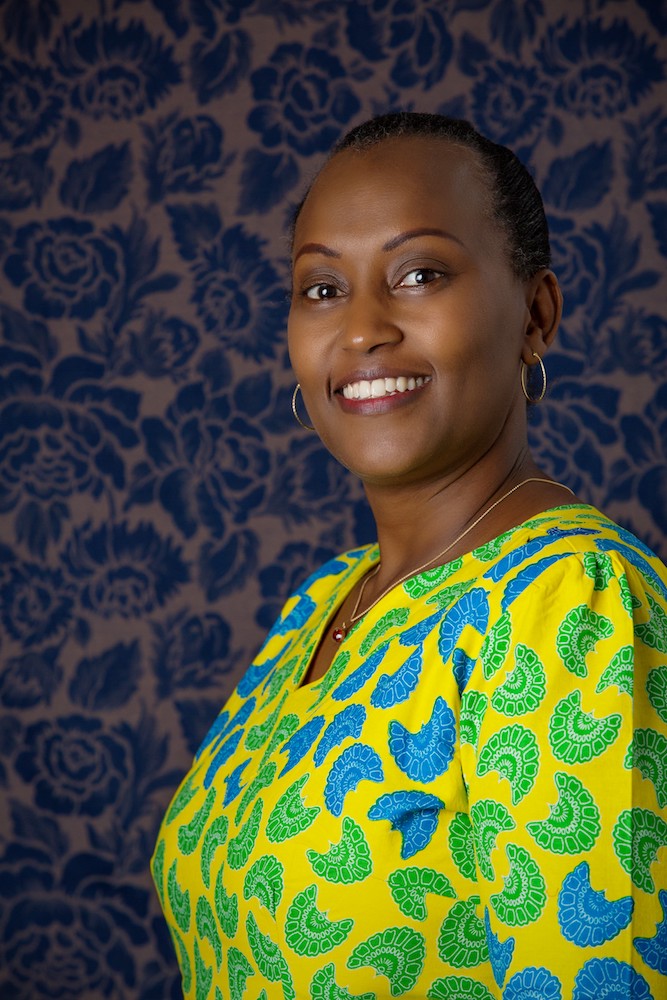 Chantal Munanayire is a successful businesswoman born in Rwanda. She is married and a mother to four beautiful children. Chantal holds both Rwandan and Canadian citizenships.

In 2014, Chantal graduated from the PEACE THROUGH BUSINESS® Entrepreneurship Training Program and was named an Enterprising Woman of the Year by Enterprising Women Magazine of USA.

Since 2015, Chantal has taken on the role as In-Country Facilitator Rwanda for the Institute for Economic Empowerment of Women’s PEACE THROUGH BUSINESS® program, where she teaches the entrepreneurship training program for 30+ women, and facilitates the top 15 women to go to the USA for mentorship and leadership development in July every year.

In 2016, Chantal received a National Business Association Leadership Award in Dallas, Texas during the PEACE THROUGH BUSINESS® Leadership Development Summit.

In 2017, Chantal was honored with an Award by the American Embassy as a Women of Courage for her entrepreneurial spirit, leadership and commitment to improve the lives of low-income women and girls to support them with the resources they need to be successful.

Chantal was elected as Chairperson of the Chamber of Arts and Crafts and as a Board member of the Private Sector Federation of Rwanda in 2018.

Chantal serves also as the Board of Directors of Gasabo Investment Company, a public company providing various business activities, including the development of property/real estate projects.

Institute for Economic Empowerment of Women

Catherine H. Cruzan (Chair of the Board)